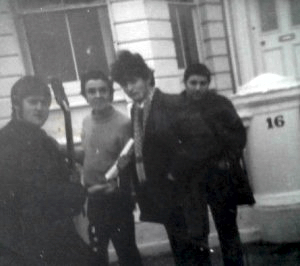 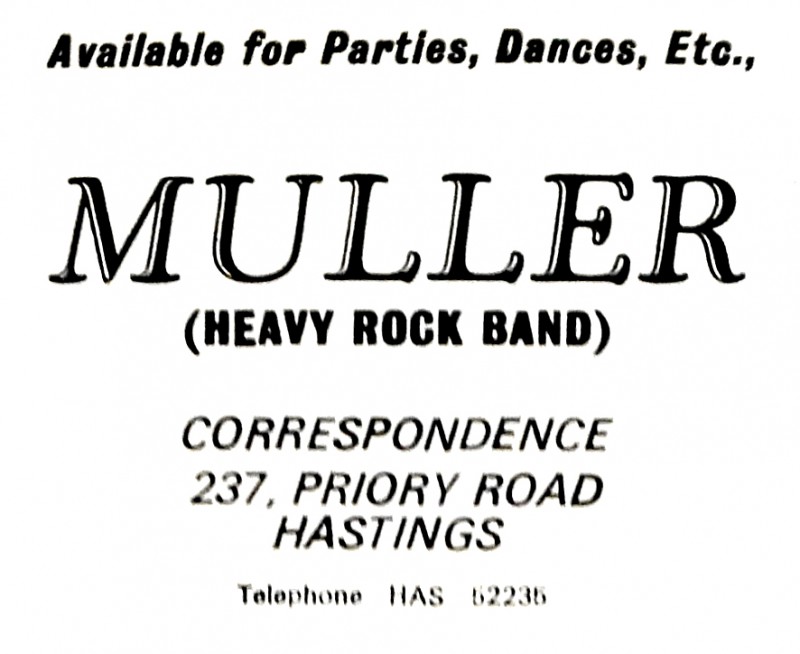 Alan Esdaile… Happy days of…..Hair! Business card must have been when Harry was manager.

Jan Warren.. Oh yes, my hubby (ex) Pete Watson was the regular Saturday night DJ at The Regent ……. must have been around about 1972 to 74?! – there were lots of bands, I remember “Rubber Band” (Bowie-type lead singer called Dave, haha) they released a single called “Moon Walker”!! and many other local bands played there, many of which have often been mentioned here in SMART group!! – good times!!

Paul Dove… Well done Alan good memories,, here we are 50 years on and still living the dream,, just wish a few of our old friends could see them but I expect they are still living that dream were ever they are, we are carrying on that dream, love music love life ,love SMART,xx Gerry Fortsch… Remember the Hippo band, this is a very early line up, comprising of Brian Reeve guitar, Peter Parson guitar, Graham Blanch drums, Peter Webb lead guitar and me on bass. We may not have been the best band in the world or even Hastings but we had some bloody fun. The band was run like a business and when on band business we always ended up drunk. This is the line up that supported the Glitter Band and Mungo Jerry on the Hasting Pier, Graham stayed loyal to the Hippo Band until he joined Brian on the stair way to heaven, they are both greatly missed. 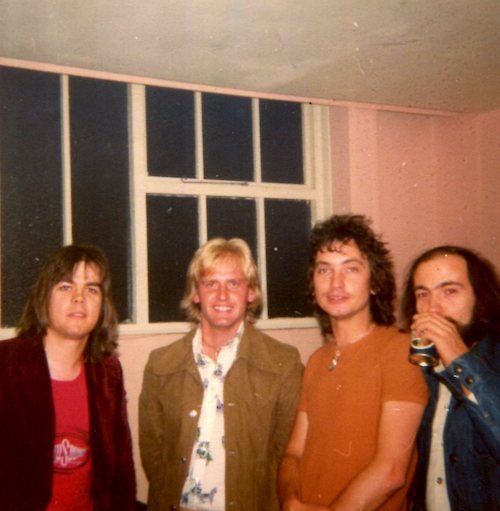 Ralph Town… Don’t forget to mention Marc Bolan.I might take you to task on which LP was being promoted but it was a slightly overweight Bolan and the 74/76 T.Rex line up

Jan Warren… Yes, I remember Gloria Jones playing keyboard on this track and singing backing vocals with Marc in the “Zip Gun Boogie” video, but I don’t remember a “Zip Gun Boogie Band”?? – 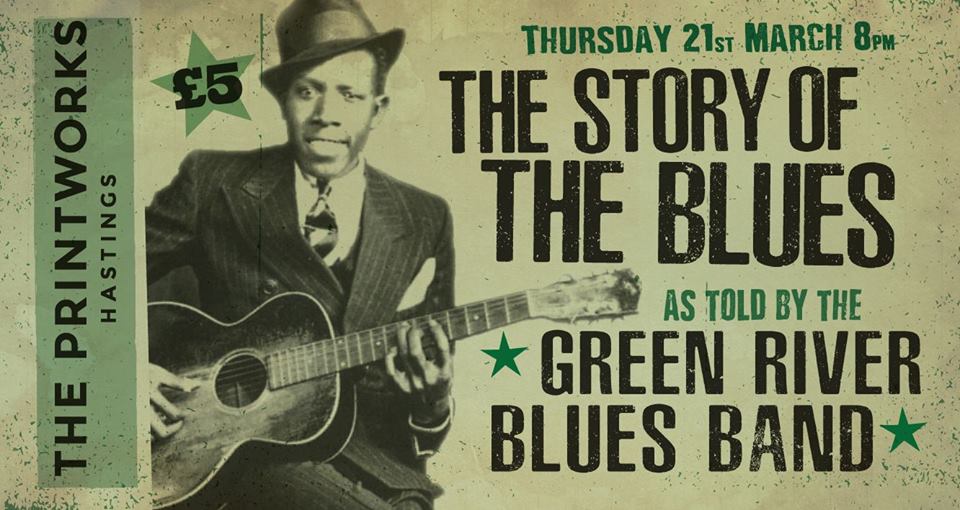 THE STORY OF THE BLUES – is a multimedia event featuring a narrator, archive film footage and photographs accompanied by live music from the Green River Blues Band. The story is told chronologically from the early 1800s, through slave field work songs, emancipation from slavery, segregation in the deep south, poverty and hardship, the Wall Street Crash followed by the Great Depression and later migration north from the delta towards Chicago and Detroit. How Chess Records sustained the Chicago blues scene and eventually spawned the London blues revival of the 1960s. Artists represented include Bessie Smith, Blind Lemon Jefferson, Son House, Robert Johnson, Leadbelly, Howlin’ Wolf, Muddy Waters, John Mayall, Eric Clapton, the Rolling Stones and many more.
THE AVANTI THERAPY CENTRE FOR ACQUIRED BRAIN INJURIES is a unit run in St Leonards offering therapy, support and counselling to patients who have suffered severe head injuries and their carers. Any profit made from our Story of the Blues night at the Printworks will be donated to the Avanti Centre. If you want to find out more about Avanti, check out https://www.avanti-abi.co.uk. Please support this worthwhile fundraiser event.
Doors open 19:00
Performance begins: 20:00
Ticket prices are £5
To buy in advance, please call: 07918 526082

Pete Fairless… Not, Wah!, then?