Helen Costa Pescott… Found this in my record collection !!!!

Peter Millington… I played at all 3 bars in the 60s and 70s (Meadowbank, The Music Bar and the Clubhouse) – with THE CONFEDERATES and then SPYKE. Bob Rogers was a class act.

Veronica Lingley nee’ Hall… Fond memories of Combe Haven at Hastings.  Remember the bars, main clubhouse where a guy hosted with his wife Margaret.  Remember seeing Kenny Ball.  I won a beauty contest.  Children getting on stage and singing.  At the end of the evening we would all sing Show me the way to go home.  Family entertainment.  Remember meeting Keith Lawrence my first holiday romance.  1966/67. Memorable family holidays. 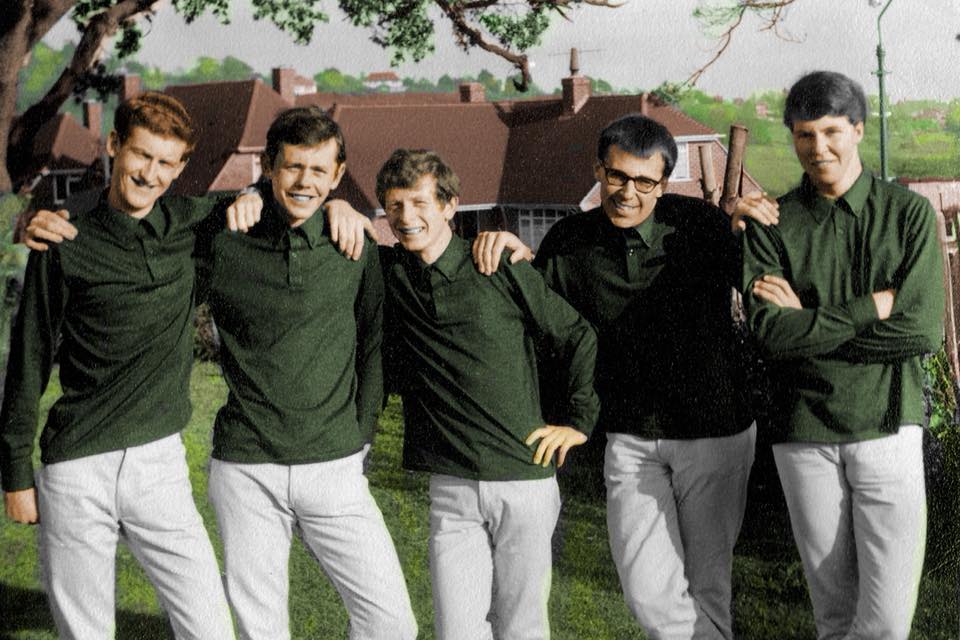 Pete Millington… Another reminder of some good times 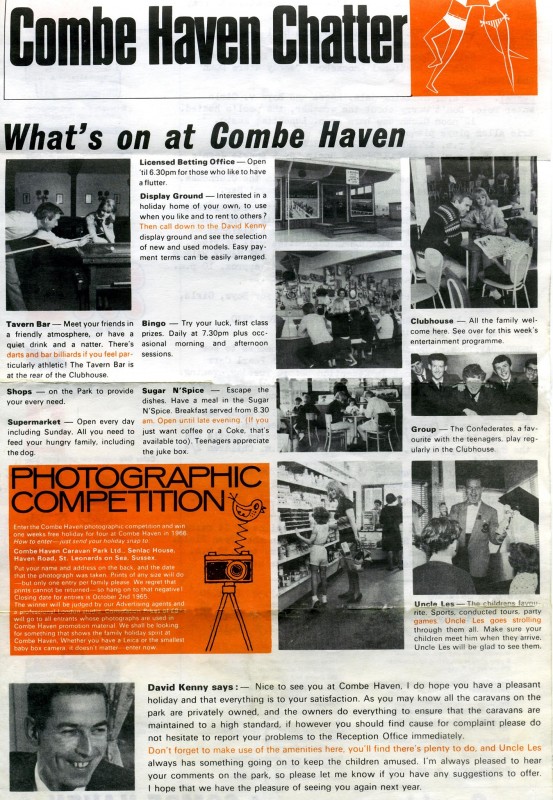 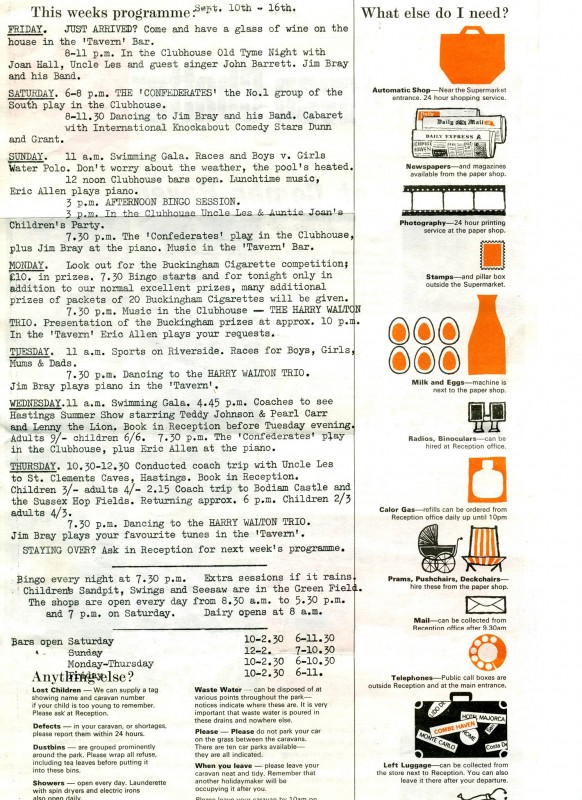 Robert Searle… We,Haze, played there one Sunday lunchtime.It was about 1971/72 and was so hot,it was a nice gig

Terry Pack… I did a Summer there in the early 80s with a band called Tuxedo Function (!). The organist/singer used to read everything from buskers’ books and didn’t actually know any of the songs he sang. He would mispronounce a lot of the words: “Jojo left his home in Tuc(k)son, Arizona..” was one example. We used to back the cabaret acts. One as a very unfunny ‘comic’ who also fancied himself a singer. His pronunciation was extraordinary: “Dee see da lice aah owees braa, On Browee” and “You are da wim binee ma wim”. I think it was the worst band I ever played with more than once, but they didn’t get fired.

Pete Millington… The funniest thing I ever saw in the clubhouse was Nookie the Bear who told very rude jokes – not appreciated by David Kenny (owner at the time). One snippit was “what’s up my bum Batman” “Cock Robin” I don’t think the entertainment organiser understood the act and should have put Nookie in the adult bar. Still we thought it was hilarious. That would have been 1965/6

Stuart Huggett… “Meadowbank!” Love this album. Have had its cover as my Twitter profile pic for years. Bob Rogers also had a long & distinguished television career, ended up as the house band on a Frank Skinner show.

Ernest Ballard… Wow I did a residency drumming job there for a summer season. Playing with “The Wheelers”. 6 nights a week and 3 lunch times. Backing cabaret acts most nights. Including drum rolls for magicians so much fun. Plus knobbly knees and Beauty competitions. This has prompted so many old memories I almost forgotten

Harry Randall… Shame how its gone! To play there you have to go up north for auditions and then play the circuit if successful so no good for local bands!

Tony Lee… Remember it well as part of New Trinity a trio from the Midlands Dick Darrell on Drums Bryn Barry on Keyboards and me Tony Lee on Bass Guitar we did 3 summer seasons 6 nights and 2 or 3 dinnertimes working all 3 rooms backing all the acts some good some not so good Dave Kenny put on some brilliant nights and specials to like when Elvis died a week of rock and roll bands and a week of the worst including the kentucky fried chicken man. Great Times shame we can’t go back and do it again.