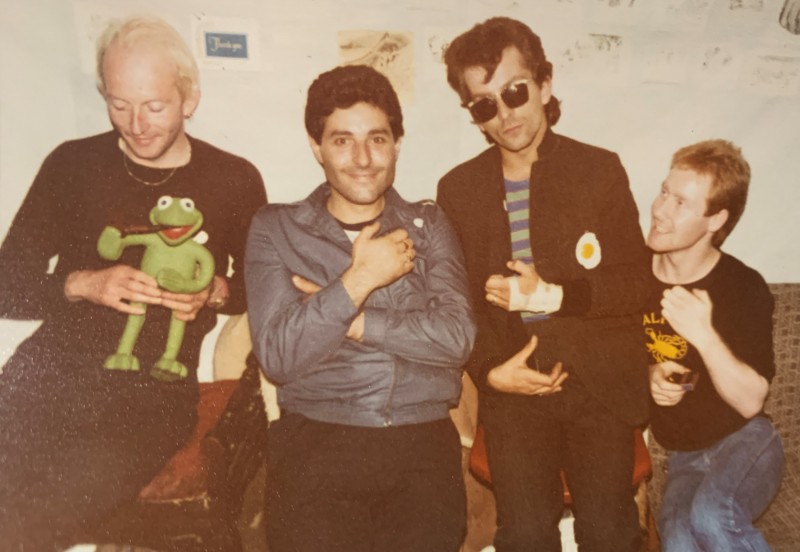 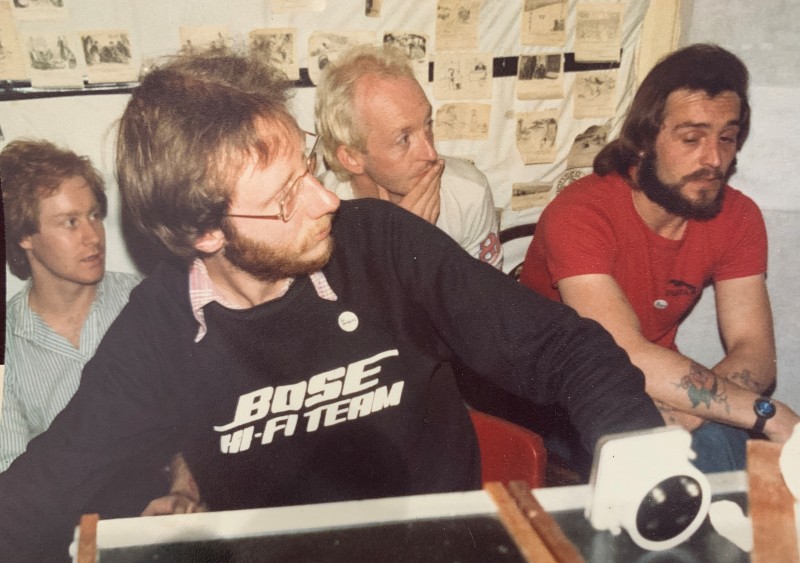 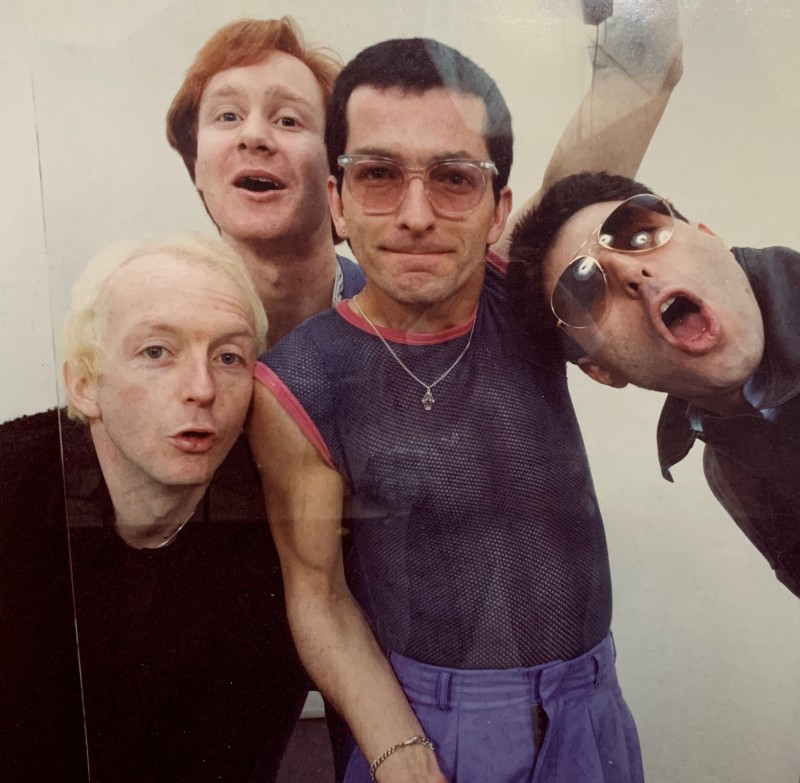 Alan Esdaile… Second photo is at the recording of ‘Living In The Age Age’.  Not sure who the guy with glasses is but seem to recognise the guy in the red shirt? What had you done to your arm John?

James Bell.. They were exciting and creative times. I would like to say thanks Alan for putting this group together, it’s wonderful looking back. From this the remaining Breathers have all being in contact, and are going to try and get together sometime in 2022. One thing though, Can’t remember Kermit being in the band. Cheers Jim

Ric Hool… Hi Jim, you might recall, the frog had a failed auditioned: he had no ‘Kermitment’…

James Bell… Ric, That made me laugh out loud. X

Roger Carey… Good pictures! I remember attending one of The Breathers’ first gigs at the Carlisle upstairs- they had a contemporary modern approach at the time with shorter snappier songs and looked good doing it!

Alan Esdaile… Roger, so do I!

Phil Gill… The guy in the red shirt is Jim Tatham, he and Digger were roadies/sound men for Tich Turner’s Escalator, and presumably, The Breathers.