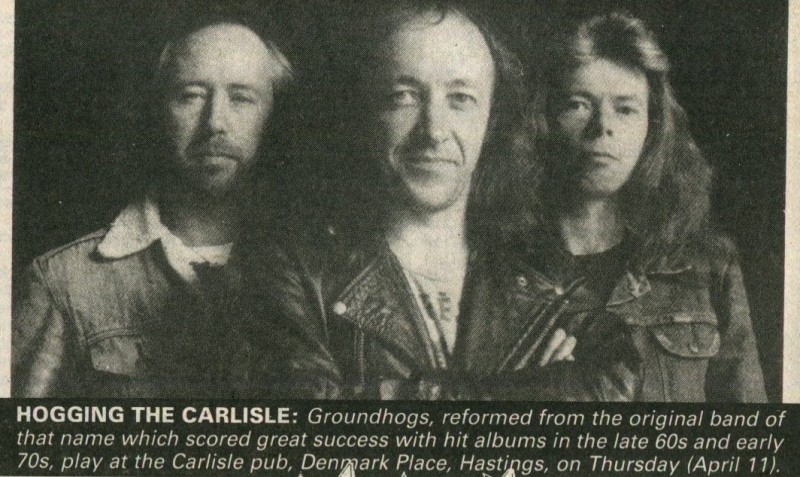 Judy Atkinson… I think I was there. I certainly saw them there twice, and once on the pier back around 1975

Reid McDuffie… I was there. They used to also often play at the Crypt. Sometimes as Tony McPhee Band and sometimes as Groundhogs (it was the same guys though. I think there was a contractual issue with the name).

Leigh Wieland-Boys… I saw the Groundhogs circa 1971 at an all day music festival in Kendal, the only other group I recall in the line-up were Juicy Lucy!

Anita Jardine… Takes me back to the Roundhouse and Sundowner days..

Faith Brooker… Once a fixture of the South London pub scene. Loved em’.

Tim Moose Bruce… Went to that one. Also saw them at the Shelley Arms at Nutley, and the Golden Martlet at Hellingly. Great band.

Neil Partrick… I saw them around this time in a pub in Eastbourne (I think, though might have been The Carlisle in Hastings, or maybe Hellingly I suppose. Ended up sleeping with the lead singer, as you do (along with other assorted bodies vying for space on a floor in a Pevensey bungalow).

Simon… Was there with Reid McD. Bumped unto TS outside and shared a roll up.