Conan Howard… wasn’t a guy called LES in this band ? a guitarist.. who knew Allen Watts,RIP and I am sure his wife was called Cathy , a stunner of a girl 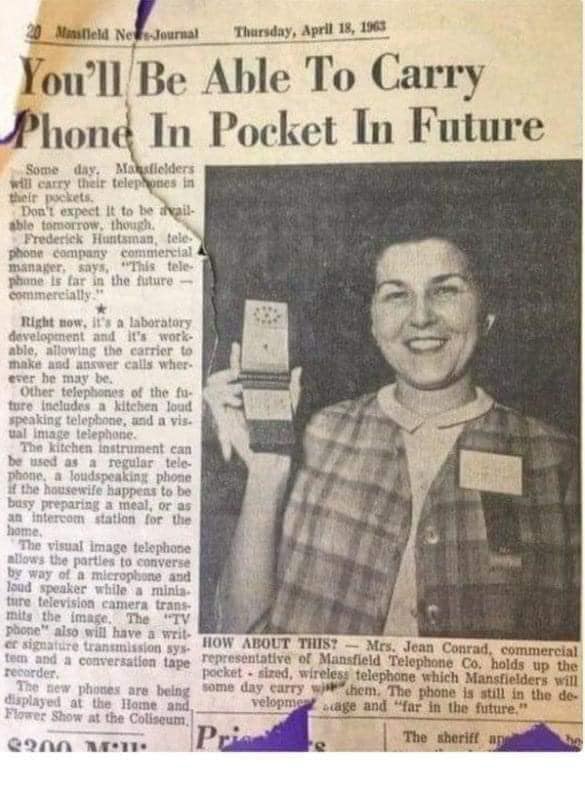 Thanks to Mick O’Dowd for finding this.

Leigh Mitchell… The witches and the wizards of yesteryear! Very prophetic! Don’t know what I would do without mine now

Tony May… The mobile phone has been one of the most socially destructive inventions of all time. It has a lot to answer for and has killed off community shopping and drastically reduced people’s interaction with other real people. A simple mobile telephone would have been o.k. but ‘cell phones’ (well named if nothing else!) are a real curse. Now people are more used to interacting with computers they have become more like computers – pedantic and intollerant. I hate mobile phones and will never own one!

Richard Porter… Tony, It is not the device but the user. Please allow me to point out that mobile phones, even simple ones, are ‘cell’ phones because they all use a cellular network.

Tony May… My point about cell phones was that they take over people’s lives to the point that it’s like a jail sentence having one! (lol) I saw a few people in the crowd at the recent F1 G.P. on the t.v. looking at their phones even when the F1 cars were racing past! They must have more money than sense seeing the cost of a ticket to an F1 G.P.! (lol) I also think mobile phone technology is being exploited to shape ‘social engineering’. If we end up in a cashless society then all privacy about everything will be lost and ‘instant fines’ for minor misdemeanors will become possible. Some things are better left to manual than automation…

Richard Porter… As I said. it is up to the user. I share one with my wife. We use it for making and taking calls, nothing else. My wife barely uses it, I seldom do unless there is no alternative.

Sheila Maile… I live on mine as don’t have any real contact with people. It gives me all the information I want. And online shopping. I have smartphone & 2tablets.while one is charging I use the other

Gerry Fortsch… That will never happen?

Andy Qunta… They hit the nail on the head with that!

Dave Nattress… Did not know about this – interesting and so long ago. My first mobile was a Motorola handset on a huge bae/battery pack about the size of a concrete block and almost as heavy. Had a magnetic aerial mount that could fit on the roof of the car. You could carry it around but would feel a bit of a plonker! A favourite band of mine, BeBop Deluxe in 1976 did an album “Modern Music”. Bill Nelson the main man and the band are on the front cover and Bill is wearing a video watch which of course 40+ years later we now have – well if want to. Wife is always talking to her wrist etc. etc.

Tracy Birrell… I hate the bloody things Most people, especially the young are addicted to their mobiles.

Lyn Humphrey… I also hate the damn things, they rot your brain! Close friend of mine seriously reckoned he ‘couldn’t live’ without his. I pointed out that he managed without one for the first 55 years of his life. I had to have one at work, but love NOT having one now! Recently, I nearly ran someone over, when the idiot (talking on his mobile and oblivious to where he was) walked BACKWARDS into the road in front of me! Two minutes later I was driving back and (this is true) he was still on his device, and did exactly the same thing again! Yes, people do get genuinely addicted; my kids are. 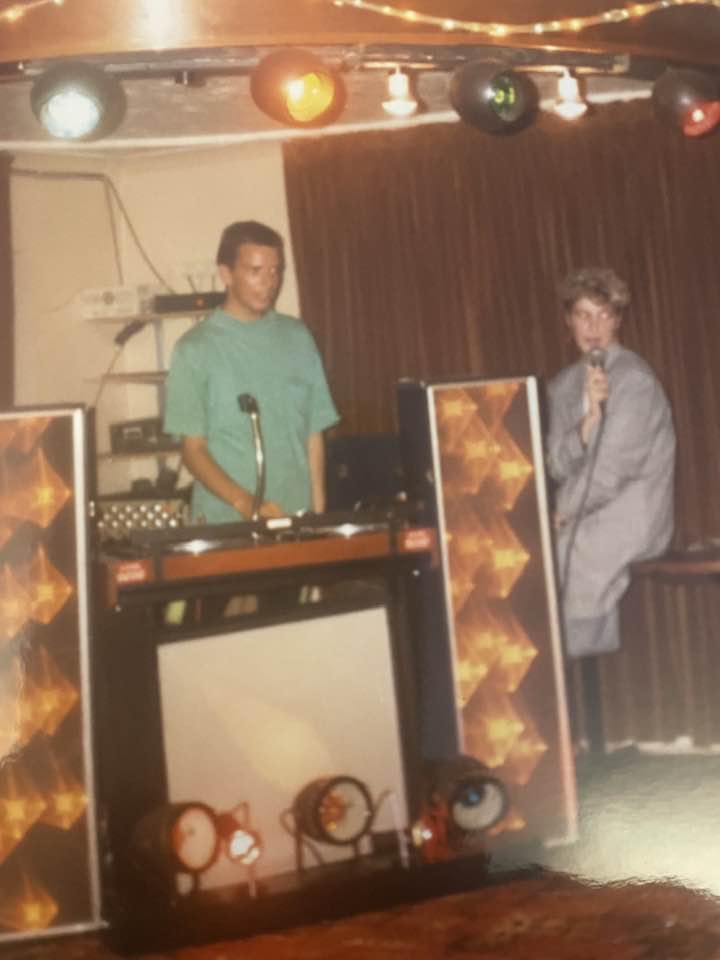 Tonight is the first time I’ve seen this photo, one of my sister’s that she shared to me. The memories are flooding back to this stage in my life. This would be about August 89 and I was working at both VG Electrovac on Ponswood and in the evenings behind the bar at White Rock Theatre.

Stuart Moir… Played there many times with Centre Page Joe Knight…..Do you remember when she first came on tv just a school girl !! the voice seemed to be someone else’s

Andy Qunta.. Several well-known names. I would love to go back in time and see these shows! Anyone have a time machine I could borrow? 😉

Barry French… In 1962 when I nine years old living in Brentwood Essex, my Mum was a volunteer helping with the local youth clubs in the area. Each year they had a big bash at the Keys Hall (A big venue on the outskirts of Bentwood). Top of the Bill in 1962 was Eden Kane. Well, that night my Mum & big Sister were in the Keys Hall Kitchen in charge of hot dogs & soft drinks, while I sat in the corner by the draining board totally bored out of my mind. Eventually news that Eden Kane hadn’t turned up filtered through to the kitchen.
As the night wore on I remember lots of foot stomping from the crowd & cry’s of “We want Eden we want Eden”. As I sat in my corner, I heard a tapping on the kitchen back door . Above the mayhem I told my Mum “Some ones knocking on the door” When she opened it, there standing, was a scruffy unshaven Eden Kane. With a very cultured accent he apologised for being late & asked if he could have a wash & brush up. My mum being star struck, eventually answered “Of course Mr Kane”.
He then took a bag off his shoulder, stood by the sink, next to where I was sitting & proceeded to take off his shirt, run hot water & then have a shave. While doing this he was talking to me the whole time asking “what music I liked, what do you want to do when you grow up etc.” When he was all shaved up he got a clean shirt out of his bag, tapped me on the head, kissed my mum & sister on the hand & thanked them for use of the facilities (made them both go giggly) left the kitchen & walked the length of the hall with the crowd cheering & screaming. He then joined his band on stage & had a brilliant night. In between his shaving I asked for his autograph, which he scribbled on a scrap of paper. I shall now have to go up into the loft to see if I can find it !!!. Josie Lawson… Who is Min?

Alan Esdaile… well known Sax player who had the habit of turning up and just joining in! Sadly no longer with us.

Victoria Diaz-Fernandez… Met him once – Marcus knew him, I think

Janine Anne Hemsley… I wander where they all are now ?

Andy Gunton… Is that the Dave Greenfield who went on to be part of The Stranglers? It sure looks like him.

Dave Greenfield’s pre stranglers bubblegum single… in 1975. I have not yet managed to hear the pre-Stranglers groups the Initials (pictured below), Freeway or Credo, but Greenfield’s old prog band Rusty Butler, whose name suggests a particularly arcane. https://strenglers.wordpress.com/2019/06/09/dave-greenfields-pre-stranglers-bubblegum-single/

Tim Moose Bruce… Went to a jam night party at 6 Bells at Chiddingly about 10 years ago. Dave Greenfield was there. A load of us with guitars playing different stuff, and we got Dave up on the keys and we did a version of Golden Brown. Great night. 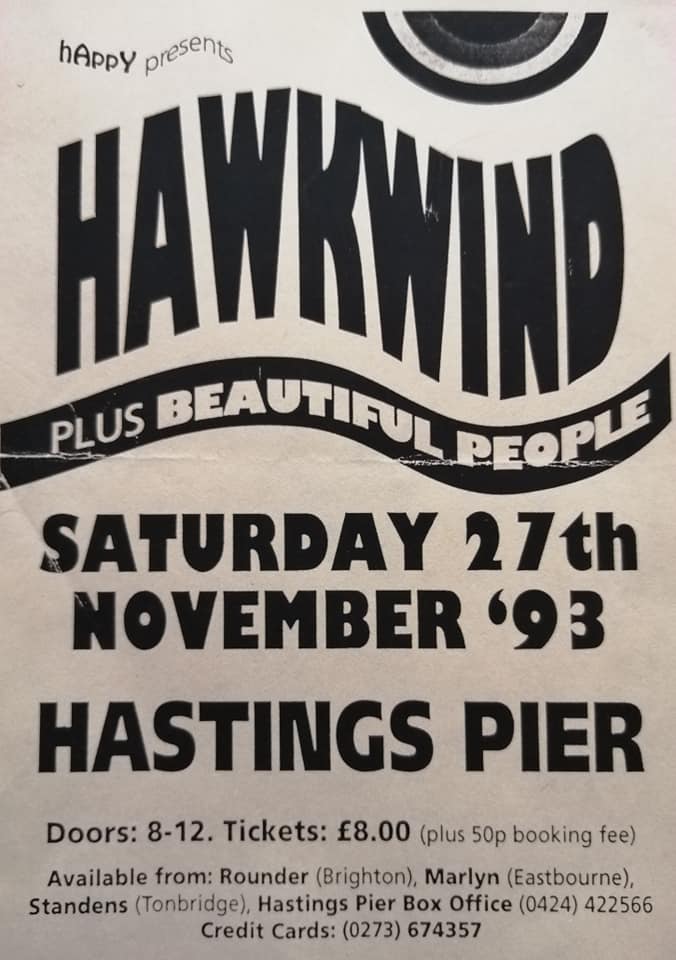 Paul Rigby… I was there. 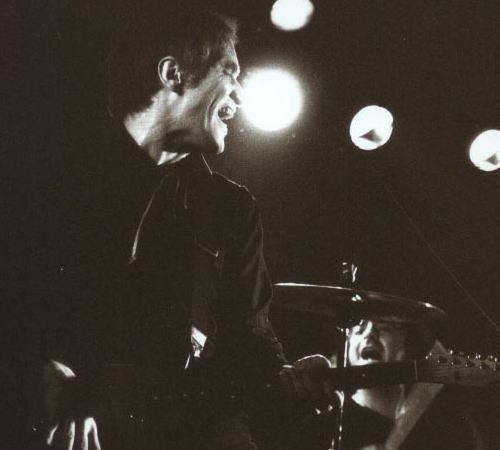 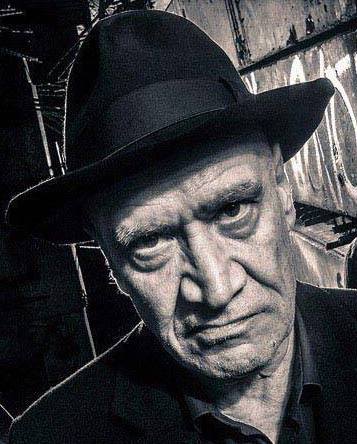 Steve Vollrath… Seen him many times over the years, great musician RIP

Jane Hartley… Saw him at DLWP a few years ago.

John Gale… Jane, same here, he was brilliant…with Norman from the Blockheads on bass

Dave Nattress… I am absolutely gutted. Loved the man and everything he did. Lucky to see him at the DLW Bexhill a couple of years back.

Graham Belchamber… Such sad news. I saw him live a few times over the last 30 years. A great guitar player and live performer. The film about his life and career; ‘ Oil City Confidential ‘ is well worth a watch.

Barry French… Such sad news. We have lost a real character & inspirational guitarist, famous for his strut/stride performances & his unique style of guitar playing. Cliff Wootton… Great pic. I still have the Hayman 4040 bass although I restrung it as BEAD instead of EADG and reversed the polarity of one of the pickups. This made it sound like a Rickenbacker which annoyed a genuine Rickenbacker bassist who heard it and claimed it sounded more authentic than his bass did. Sometimes you can’t help upsetting folks without even trying. For the geeks, Baz is playing an Antoria Les Paul copy and Den is playing Hayman drums. The Antoria guitars were pretty good and in some cases better than the originals.

Sarah Harvey… his bring back so many memories. St.Helens Youth Fellowship, The Regent Hotel etc…. What a wonderful picture.

Dave Nattress… Sarah, did you not have an Antoria Les Paul? Crushed velvet – between me and my mates in Bexhill we had the Dulux colour chart in hideous crushed velvet flares.

Cliff Wootton… Nah – not crushed velvet. These were medium grey brushed cotton/denim/corduroy (not sure which). They replaced the faux velvet Dralon suits we bought from the Undergound Boutique. We had matching maroon velvet blazers to go with these trousers. Looked quite posh. The Dralon suits weren’t robust enough for gigging. We bought them for a season opener at Frenchmans Beach in Rye. I tore the arse out of mine, den split the back of his jacket while drumming and Baz was strumming so furiously that the sleeve came off his jacket. Shaw Taylor who was MC for the night thought it was funny. I stood with my back to the amp for the second half of the gig to hide my embarrassment. Later I also had black crushed velvet flares when I was doing some DJ gigs. They didn’t seem to last very long either and split when I leapt up onto the stage (there’s a common theme starting here). Maybe some other contributors can tell us some funny stories about mishaps at their gigs.

Barry French… Your right the Antoria was a great guitar, not as heavy as a Gibson & had a bolt on neck like a fender (I wish I still had it). Regarding the Frenchman’s Beach Gig, I got the impression that Shaw Taylor thought that the wardrobe malfunctions were all part of the act.

Sarah Harvey… I had a white Antoria Les Paul. A lovely guitar. Bought new from a shop in Bromley for £150. I sold it because I needed the cash in the early 80s. Regretted it ever since 🙁

Cliff Wootton… I  was chatting to Baz yesterday at the Beatles Day and recalling this photo I didn’t realise how much of a fashion trend setting chap I was back then. This was 1972. It took until 1977 for George Lucas to copy my hair style as a model for Princess Leia in Star Wars.

and at The Lintonian Club Winchelsea… 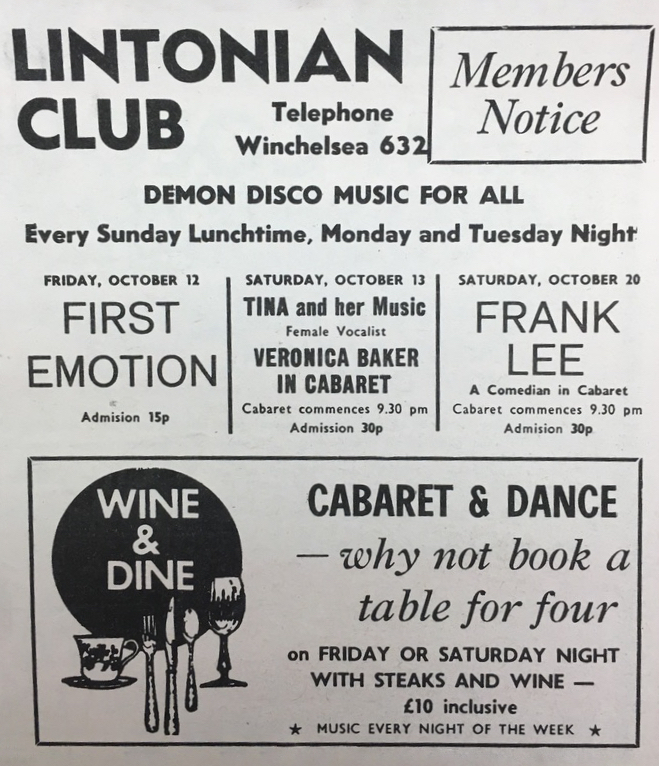 Lucy Pappas… All great guys! I guess this was after I left the band. We were all about St Helens Youth Club at that time! x