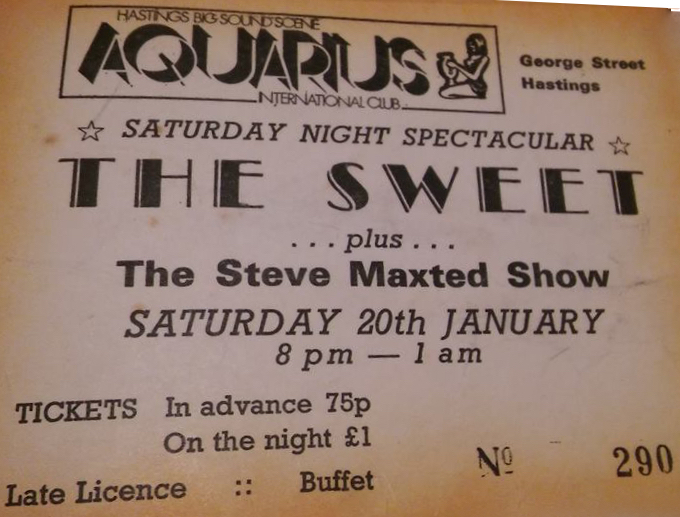 Ticket supplied by Diane Leigh, autograph is on the back of the ticket

Robert Searle… Back left is Robert Searle on bass, Les Harding guitar,Colin Rotheroe guitar. Front is Les Pennock vocals Bernie Marchant vocals and Dave Funnel drums. Bob, Les Harding and Colin Rotheroe backing vocals. Got my trusted Fender bass in my right hand. Hated those steps at the back of Aquarius where we bought the gear up but had a great night. We also did the Cobweb before the Aquarius opened. John booked us.

Robert Searle… Saw the Sweet at the Aquarius.Ive heard bad reports of the Sweet but that night , they were brilliant.Their playing was just as good as say Deep Purple ,their vocal harmonies were fantastic. That night at the Aquarius proved how good they were.A great rocking group with great vocals.

Alan Esdaile… I was at that Sweet gig and we were packed in like sardines. They were very good.

Leigh Wieland-Boys… I was there too, remember it like it was yesterday!

Chris Giles… I saw Sweet at the Aquarius …my friends dragged me along…. I wasn’t keen to see them… I was shocked they were brilliant one of the best acts I’ve seen.

Barry French… I was knocked out by Sweet at the Aquarius, I was expecting a pop band, & if my memory serves me correct I think they opened up with a WHO medley.

Matt Thomas… Too young but got sweets autographs

Ronald Burgoyne… That must be when we saw them Mac

Ian McGilvray.. I think it was Ron. Great band with excellent harmonies.

Merv Kennard… that was a good night, so was the dlwp gig last December. John Mcewen… So have I! On a blue Fontana label!

Andre Martin… This was the start of the promotions by John Schofield [ lover of Hattie Jacques] Strand Entertainments – great guy to work for.

John Storer… I actually preferred the band’s post-Dave Dee work, (when they were billed as DBM&T) especially the excellent “Mr President”, a very minor hit in 1970 – very influenced by the first Crosby, Stills & Nash album – the band even looked as if they were from the West Coast

Nigel Ford… me too & Zabadak, others maybe too somewhere?

Mick Knights… Saw them at the Witch Doctor as well!!!!

Sarah Harvey… Dave Dee started out life as a Policeman before forming DDDBMT in 1961 and became a JP in his latter years before dying of Postate Cancer during 2009.

Andy Qunta… I believe Dave Dee was also an A & R man for a record co. for a while. I seem to recall he came to check out Factory at a gig in Brighton at some point. What a great name for a band, btw! Made some good records too!

Eddie King… I read that Dozy (Trevor Ward-Davies) passed away. Pete Fisher… Dave Dee was head of A&R at WEA in the 70s, and apparently signed AC/DC, Boney M and Gary Numan!

Mike Curtis… I was there. Dave Dee walked through the pier to the theatre in a colorful afghan coat as far as I remember.

John Warner… Knew them as Dave Dee and the Bostons! Martin Samuel… Friday 13th November 1970… Heatwave was not an ‘E.M.I. Recording group’, their single was released on Penny Farthing Records. Crew went by the name The Crew until 1971 and was not a ‘C.B.S. Recording group’. Their 1st ’70 single was on Vergara, a Spanish label, and their 2nd, a Jonathan King production, was on Decca. How do I know? I was the drummer in both bands… but not at the same time!
Heatwave : http://www.heatwave.n.nu
Crew : http://www.crew.n.nu Sarah Harvey….George Melly…. in aid of the Chess Congress. January 1975.

Gary Kinch…  Was there…..saw him at Reading also, 74 or 75. Thoroughly enjoyed both gigs. He broadened my musical tastes, always a good thing I reckon. 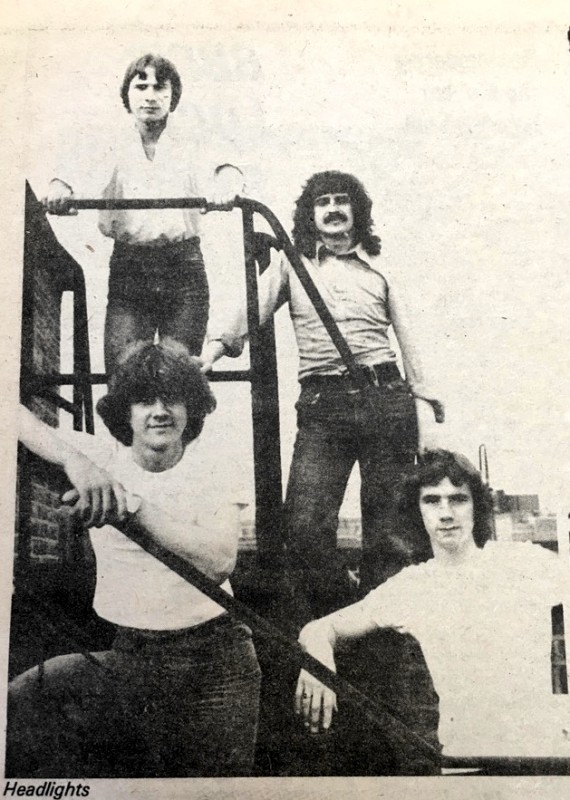 Mick O’Dowd… This was my first promotion at The Carlisle. I had previously promoted Headlights at The Caves and was very impressed with them. They came from London but that’s all I can remember about them. Can anybody else help out? As you can probably make out Be Bop Bella & Sunstroke were rock’n’roll acts and then there’s that other band that no one on this page has probably ever heard of. Die Laughing. Hi Mick, Lol & Tel!

Alan Esdaile…  Remember Sunstroke very well. Used to be managed by Cy Whitfield in Hastings. Very surprised we have not found any photos of the band so far. This is all I got. Mick O’Dowd… I now realise I promoted Headlights 3 times. They must have been good!

Jim Breeds… Was the audience mainly made up of transfixed rabbits? 😀

Sarah Baggaley… Hi, my dad played bass in a band called Sunstroke in the 70s. I have a pic of the band with a Hastings phone number on it so I guess it’s the same one?! Trying to find out a bit more about it as he died in 1997. 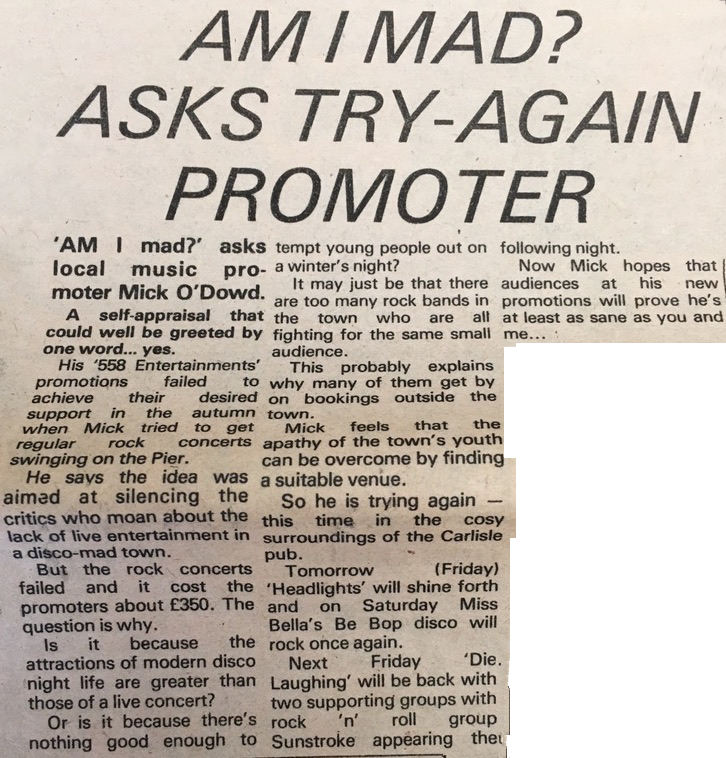 Tim Moose Bruce…  I remember Before The Storm, they were very young and new to the scene but every time I saw them ( Supporting bands like Die Laughing) they improved with leaps and bounds. I recall they changed their name to Billy Whiz later on. 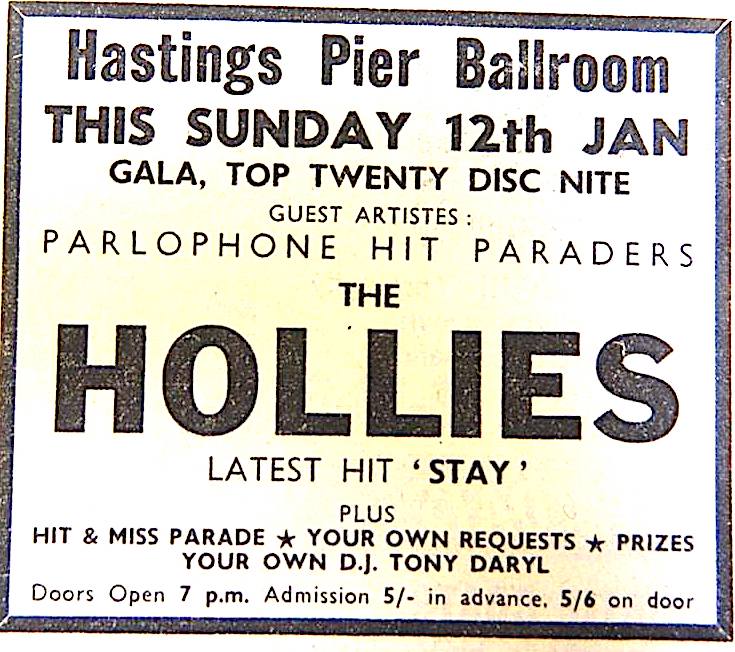 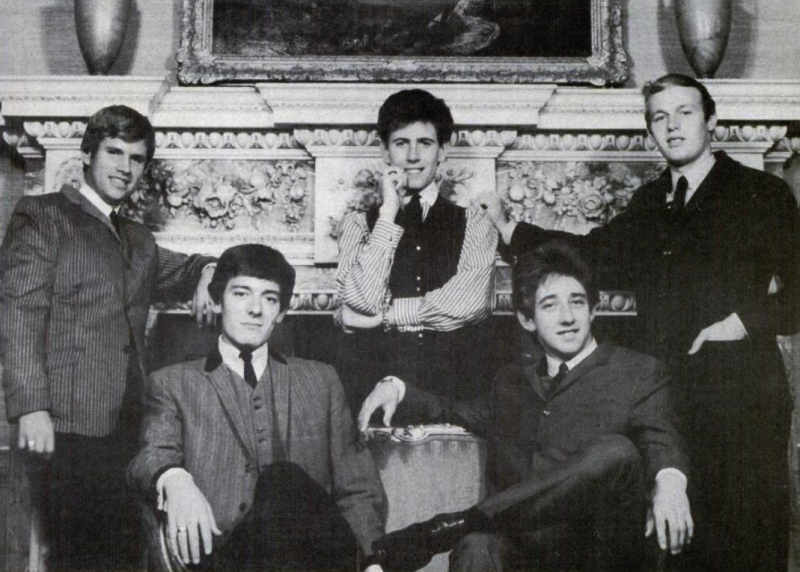 Terry Haddon… Those were the days ,great band.

Gerry Fortsch…I think this may have been the night that they had a crash on the A21 at Robertsbridge?

Susan Duck… I was there, got their autograph. Graham Nash and Tony Hick’s autograph below. Did have all the others but these are the only two I could find 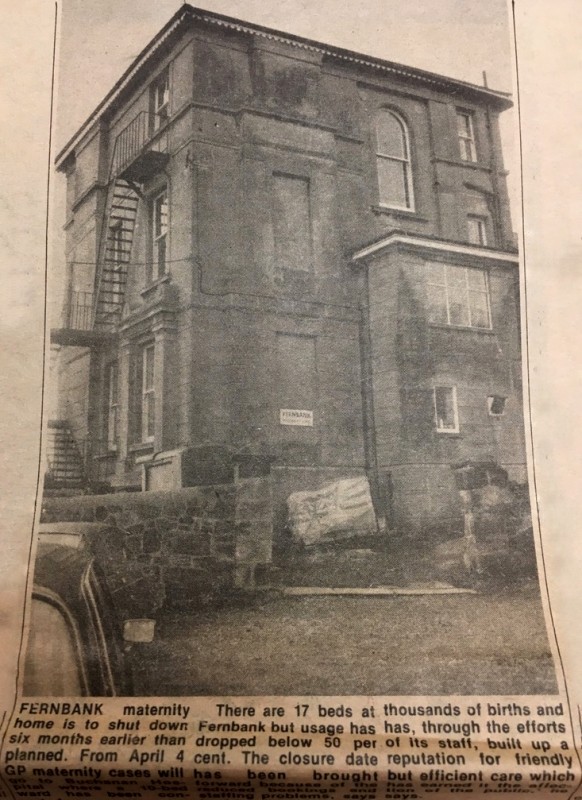 Ian Cramp… My kids were born at The Buchanan

Steve Cooke… Oh yes, I was. Photo explains a lot about me I feel. Very Hammer House!

Paul Crimin… Why does a book by Charles Dickens leap to mind when I look at the picture of this building?

John David Martin… And me

Terry Corder… No me, I was born in St. Helen’s Hospital, but I used to pass Fern Bank twice a day going to and from school.

Alan Esdaile… apparently the nurse dropped the scissors with me, when the chord was being cut.

Pauline Richards… Am not admitting to the year!

Ann Graves… My daughter was born there in 1969

Chris Meachen… My birthplace in 1955… Dad was a bus conductor, & would get his driver to stop in old london road, then run up to give mum flowers or chocs..

Tony Davis… I was

Margaret Trowell… Husband was born there in 1945.

Anyone remember seeing this band?

Robert Searle… I thought they did a gig at the Sundowners at Pevensey in the seventies. 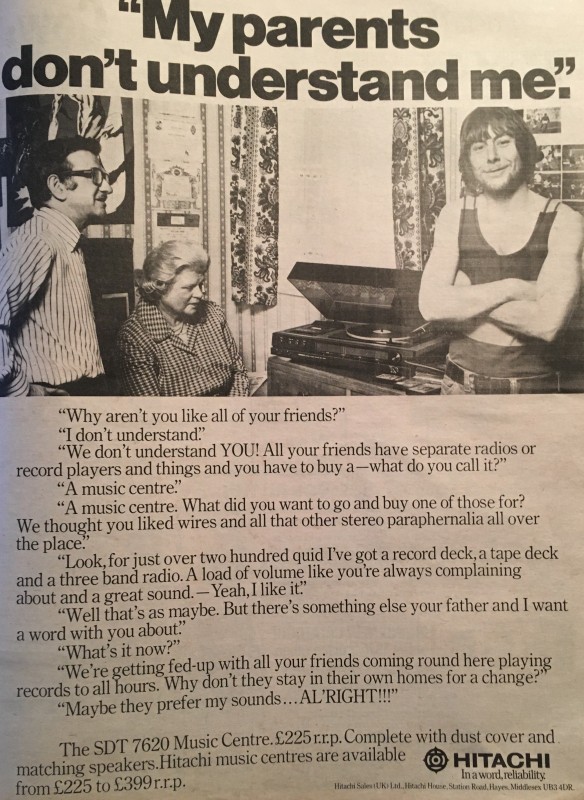 Peter Fairless… Good quality back in the day, though, Martin 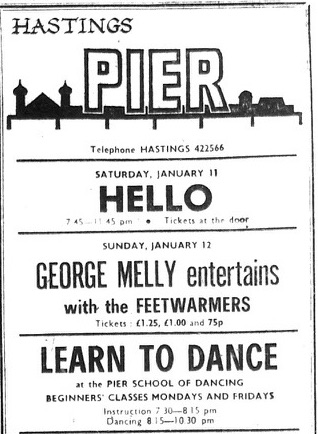 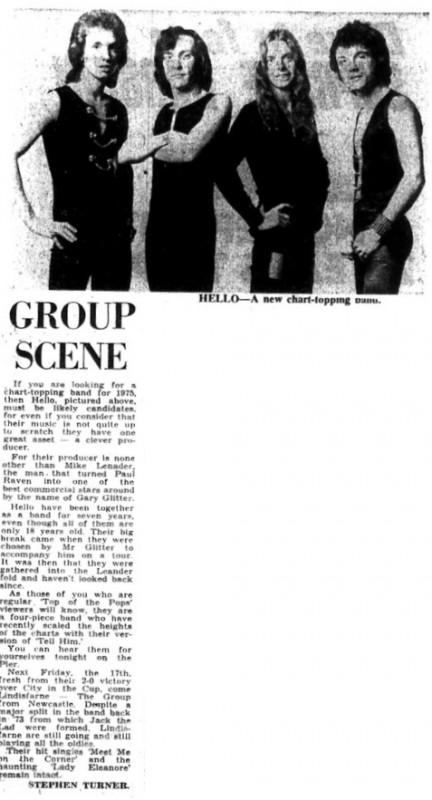 Yvonne Cleland…..Thanks Andre! I was at the front for this one!

Yvonne Cleland…  I was in the front row for this! Still young and foolish and I thought the lead singer was cute. I now realise he was a strutting little peacock hahaha

Patrick Lewis… I was at the Barclay James gig at end of Jan 75. They were truly awesome ( to use an overused present day adjective). The opener was Medicine Man; quite stunning! Probably one of the most underrated British bands of the era.

Chris Meachen… Went backstage at the end of the Lindisfarne gig to find them standing in the corridor, with a roadie booting ineffectively at the door of their dressing room, they having locked themselves out.. I moved the roadie aside, then took a flying leap, bursting the door open.. That earned me, & the other volunteer stage hands a crate of Newcastle brown.. These were a great bunch of blokes, & very entertaining, on stage & off…

Peter Fairless… No, New York Groove is too soon, Alan. They didn’t release that for the best part of another year. The hit at the time was their version of ‘Tell Him’…

Alan Esdaile… Oops! They had a few hits and were great live. I did interview the lead singer with some questions set by Melody Maker. Michael Wilson…  ‘Back in the Hastings Groove!’

Dave Weeks… Blimey. I went to that one. God knows why!!!

Gary Kinch… Think I gave that one a miss, no regrets ……went to the Lindisfarne gig on the 17th though. It would have been my 18th birthday weekend. Lindisfarne on Friday, Birthday Sunday. 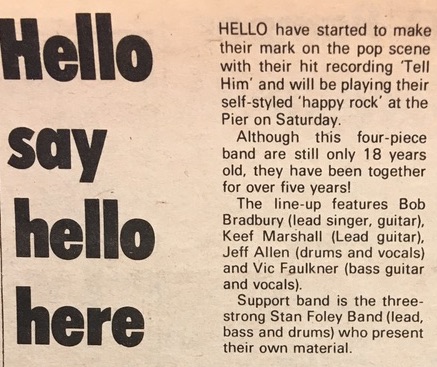