John Holman… I went to this Alvin Stardust performance with Christine Hayter my girlfriend at the time. The sound system was not great, however I can recall his lively dance moves on such a small flat level stage.

Jim Breeds… “Buy my new single or the cat gets it!”? 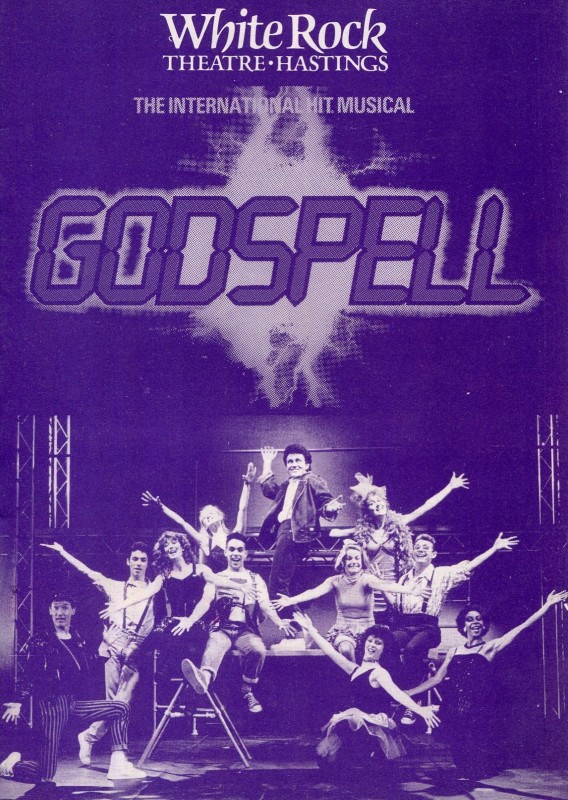 Paul Cullen… Much better to see than Superstar

Jim Breeds… I saw it in Eastbourne years before it became famous (pre-J C Superstar, I think). The only person in it that anyone has (now) heard of was Su Pollard. At the time nobody had heard of her either.

I have the programme somewhere.

autographed poster from the gig supplied by Peter Houghton

Sarah Harvey…..I didn’t see Alvin Stardust on the Pier because I wasn’t into pop but was dragged to see him by my daughter when he appeared during one of our stays at Butlins in Bognor…. I have to say that he was excellent and he rocked! Just shows how pre-conceptions can be misguided.

Alan Esdaile…..Remember this gig, as I did the disco. It was really packed and he was late coming on. For the first 5mins all you could see was a spotlight on his massive ring covering his leather glove.

Yvonne Cleland… He only did about three numbers, didn’t he?

Cindy Goodhand-Knight… I saw him at the Rat Trap in Maidstone when he was Shane Fenton and the Fentones !

Barry Arnold… I think I was at that one.

Jennie Tocock…. Alvin on the Pier, 1974, being interviewed by a certain young news reporter!!

Jill Lawrence… I was there lol!!

David Medcalf… My wife was at the gig on Hastings Pier 19th April 1974, she still sings the songs HaHa

Jacky Mattelaer… I remember going to this!

Mick O’Dowd… Didn’t he appear at The Beer Festival on The Oval once as well?

Ian Price… I did a karaoke of my coo ca choo,but the way I wore my black glove, holding the microphone and moving ,went down better than me singing!

Gerry Fortsch… He always put on a good show.

Willie Wicking… From the White Rock Theatre, when they were on the same bill as The Rubettes and Alvin Stardust.

Alan Esdaile… Anyone confirm the date?

Daryl Perkins… There was a group of us who made a scrapbook for them…had our picture in the Observer. Think it was around 1975/76. Looking at picture again..different line up. Gerry Sheppard, John Springate, Tony Leonard, Harvey Ellison and Pete Phipps.

Willie Wickings… Loved them back then

Mick O’Dowd… Remember playing football in front of the stage in The Park where they were playing at the Hastings Carnival do with GG. Great guys.

Michael Wilson… Saw him a few years back 1970s weekend at Butlins. He was brilliant, the show was a history lesson in rock n roll from Gene Vincent and Eddie Cochran through Ian Dury and Elvis Costello to Green day. Also on the bill was the great Geno Washington.

Philip Meston… Saw him in Godspell at the White Rock some years ago. He was very good too!

Andre Martin… What another… remember him way back Shane Fentone & The Fentomes – Cindy Birthday. Worked with in several times during the 1970s, great entertainer and nice guy. RIP

Alan Esdaile… Only worked with him the once . Great entertainer and sad loss. R.I.P. Alvin.

Perri Ann Haste… Such a great shame. He was lovely man, I met him when he opened the sensory swimming pool when my son was a pupil at Torfield School a few years ago & he was kind enough to pose for a picture with my son too. RIP Alvin – One of a kind.

John Wilde… Rock the Heavens Alvin. Thanks for all the music.

Sarah Harvey… This guy really rocked…I went to see him when I stayed at Butlins when my daughter was young and I must say I went with some trepidation. What a fantastic surprise it was to hear him play live…..totally blew me away! God bless Alvin! xx

Mick O’Dowd… He really is stardust now ! From Shane Fenton to Alvin Stardust a trooper!

Wendy Weaver… He had one of those faces that didn’t seem to age. Nice chap and still working to the end. R.I.P

Charlie Ball… Ah that’s a shame, he was good in his day

Rontenn… What a shock!! Alvin Stardust gone. Unbelievable but sadly true. Legend Alvin (Shane Fenton) has left the building. He was to have done a great Xmas show in Gt. Yarmouth in early December with fellow legend P.J.Proby. Alvin was only 72. R.I.P. Sir!