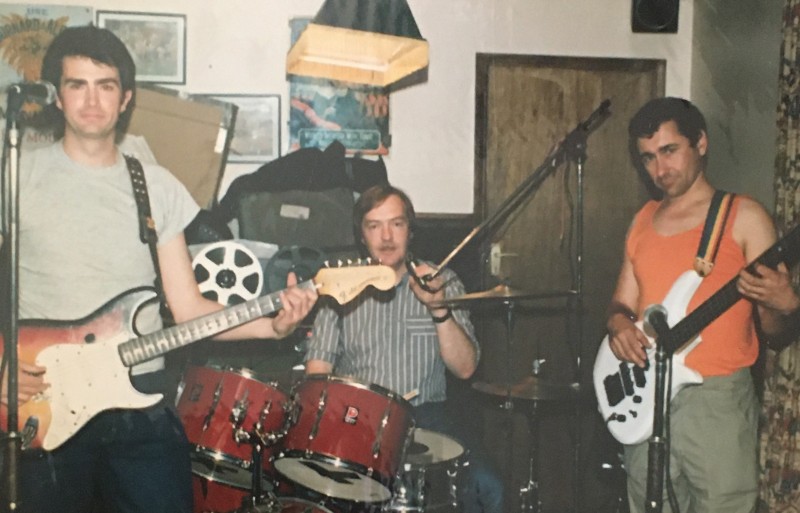 Alan Wood… Cor, look at that poser in my old pub

Chris Jolly… And that’s just Paul! “Those were the days my friend”…

Dave Weeks… And a tape recorder Nastassja Kaschevsky… The Dekorators – Doug Smith and Andy Sproxton. Taken at a club in St Leonards 1986. Nastassja Kaschevsky… England Entertains National Talent Competition held at The Marina Pavilion – now Azur – Summer 1986. This was just after I left the band from L to R Andy Sproxton, Doug Smith, Ted Crouch who refused to leave the stage while they performed! and Geoff Saxby. Prince McBride’s keyboard in the background.

Nastassja Kaschevsky… He was the drummer for the interim music along with Prince McBride. He liked to do things his way! One of our local music characters!

Ashley Davies…. Ahhh the good old shell suit !! Why did Ted refuse to leave the stage he was the drummer

Nastassja Kaschevsky… If you look closely Andy far left was the drummer then with The Deks – Ted was from a completely different band. Andy had to set up his drumkit on the edge of the stage – while Ted refused to budge in the centre of them all!!