Sarah Harvey…..I know we were all fans

Tim Phillips… Eric Faulkner lived a few doors down from me in Cooden Drive in the early 90s.

Alan Esdaile… Bay City Rollers with Les McKeown are at The White Rock Theatre on the 3rd Dec 2015 and The Rubettes are booked for 6th Oct 2016.

Phil Thornton… not the real thing without Eric …… 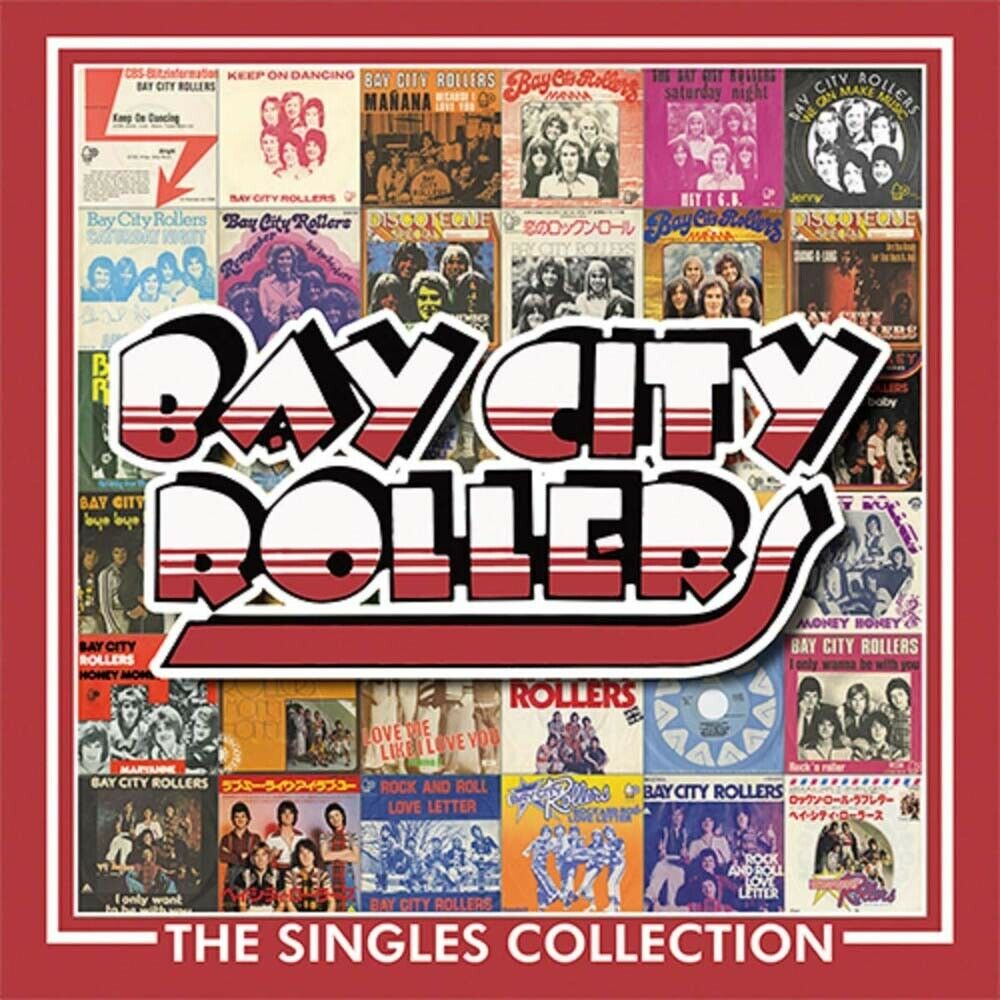 THE SINGLES COLLECTION  (3CD)   Bay City Rollers
In my experience seldom have a band been so loved or so reviled. This new 3CD collection brings together 47 tracks to make it the definitive set. A few facts first, the band had its origins as early as 1964 when Alan Longmuir (died 2018) and his younger brother Derek together with a friend formed a trio in their native Edinburgh, this eventually led to a group called the Saxons. Invited to join as lead singer was Gordon ‘Nobby’ Clark, deciding to change their name to the ‘Rollers’ they decided that wasn’t quite beefy enough so they threw a dart in a map of the U.S.A. which landed near Bay City Michigan, thus was born the Bay City Rollers. More line-up changes followed including David Paton and Billy Lyall (who were later to form Pilot). The band was managed by Edinburgh businessman Tam Paton, who the least said about the better ( a whole other story). Signed to Bell Records their debut single ‘Keep On Dancing’ was a No. 9 hit in 1971, a instantly catchy cover of the American group The Gentry’s 1965 hit. It was at this point I got to know the band, having some connections with the record label and Jonathan King who produced ‘Keep On Dancing’. I mention this because I can vouch for the fact they COULD play their instruments and their live gigs were fine. After KOD it was to be another 2 years of unsuccessful releases before their next hit ‘Remember (Sha La la)’ made it to number 6 in late 73. Unfortunately it was at this point having recorded ‘Remember’ disillusioned with the band Nobby quit just before the record shot up the charts. Thus by early 1974 new lead singer Les McKeown completed what would become the ‘classic’ line up of McKeown, Alan Longmuir, Derek Longmuir, Eric Faulkner and Stuart ‘Woody’ Wood. The rest as they say is history with a re-recorded lead vocal ‘Remember’ was the start of a string of UK hits, by 1975 ‘Rollermania’ swept the country and eventually the world. ‘Shang A Lang’ ‘Summerlove Sensation’ ‘All of Me Loves All of You’  and a cover of the Four Seasons ‘Bye Bye Baby were just some of their huge hits, the latter staying at No.1 for 6 weeks. By 1976 they had also conquered the US guided by the Arista label guru Clive Davis. Tartan trousers, scarves, merchandise the BCR were truly the first mega ‘boyband’. Now as I said at the start they were loved by (in the main) their core audience of young teen girls and hated by ‘serious’ musicians. The venerable Nick Lowe even wrote a micky taking song to get him out of his contract with his label UA, which backfired as when it was released under the name Tartan Horde became a hit!…and he was forced to write a follow up. Personally I think there is a lot of musical snobbery and always has been, did the BCR deserve to be pilloried any more than their labelmates, the Glitter Band, Showaddywaddy, Dawn, etc etc I don’t think so, or was there a hint of jealousy? Lets not forget that the BCR sold over 120 million records. This 3CD set spans their heyday and covers releases from all over the world. A word on the unlucky ‘Nobby’ who missed out on all the success, on CD1 the first 10 tracks from ‘Keep On Dancing’ to ‘Remember’ contain Nobby’s vocals, so you can compare. Personally I think he was the better vocalist, his voice not unlike the great Brian Connely’s at times. However in real terms the whole band missed out on success financially, with legal issues over royalties which as far as I know continue to this day. So overall to sum up what the BCR did in their genre and marketplace they did well. They provided happiness in a series of throwaway pop releases in a decade that saw all sorts of excess in the world of pop. This 7T’s record release comes in a clamshell box with 3 card disc sleeves and a 26 page booklet. Now to quote a line….’If you hate me after what I say’…………….

For more information go to https://www.cherryred.co.uk
Til next time………….,

Pete Fisher… I won’t be rushing out and buying this, but the band certainly marked the era ’74-’76…my younger sister (who was 15/16/17 at the time) was a huge fan, and had all their records, all the tartan gear, and went to loads of their concerts…must admit they had some catchy tunes, but it was all too teeny candy floss for me…