Andrew Bantock… Ah, the memories. I was Station Manager of Radio Cracker that year. Memories of watching from backstage and Simon Halsey doing the radio mix. I don’t actually have a copy of that.

Mick Bean… When I did a Buddy Holly stint on Radio Cracker (who remembers that groundbreaking local radio station?) I left a photo of Buddy Holly on display in the studio, I’d got his wife María Elena Holly to sign it when I met her in London. I wonder where it is now… Thats rock ’n’ roll I guess. 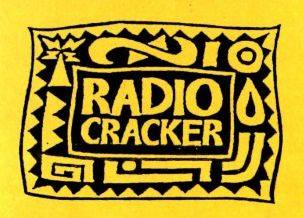 Barry Taylor… Pete Brown accompanied this time by Malcolm Bruce, son of the legendary Jack Bruce of Cream fame. Pete performed a great set at BareFacedBlues on 4/10 and now he is accompanied by someone of extra special note! Buick 6 are also playing, the finest Delta-blues exponents in the UK these days. Peter O’Donnell is playing Bob Dylan songs…plus much more besides.

in aid of St Michael’s Hospice and Respond Academy

Featuring both internationally known and up and coming performers, this 1960s Happening promises to be a groovy and eclectic musical mix, a fun-filled evening where live opera meets pop; and where talented young musicians at the start of their career get to perform alongside established artists and legends of the ‘60s.

Headlining the event on December 22nd at St Mary in the Castle, Hastings, are Cream lyricist Pete Brown and composer/multi-instrumentalist Malcolm Bruce, who will be performing classic songs from and about the 1960s, and three-piece delta blues band Buick 6.

Pete Brown co-wrote ‘60s hits including White Rooms, Sunshine Of Your Love, and I Feel Free, while Buick 6 comprises three of the UK’s finest musicians – Roger Hubbard on guitar/vocals, Colin Gibson on bass and Steeleye Span’s Liam Genockey on drums.

The 1960s Christmas Happening will be in several parts. Opening the evening will be talented young artists from Respond Academy performing songs from the era. Respond Academy is an alternative education and youth project based in St Leonard’s, enabling young people to gain new skills in music, media and the creative arts. There will also be performances from two talented young vocalists based in Lewes, Florence D’Haemer and Norina Dixon.

The second part of the evening will feature live music from a range of artists including singer/songwriter Odette Michell (“…a smartly crafted blend of soulful narrative set against a backdrop of haunting folk/pop rhythms”- RealCity Magazine) who will perform ‘60s covers; The Locomotions, playing their second ever gig – ‘60s funk by The Meters and James Brown; Peter O’Donnell singing songs by Bob Dylan; and west-end performer Rachel McCarron with songs from 1960s musicals.

Headliners Buick 6 and then Pete Brown and Malcolm Bruce will close the evening.

More acts are still to be announced!

The show is directed by Mischa Frankel who is producing the event in partnership with St Mary in the Castle, and has many years of experience in fringe and mainstream theatre.

Michele Frankel is looking for anyone interested in taking to the stage during the intervals and talking about 1960’s memories. Anyone interested please let me know and I will pass on your details. Phil Gill…. remember that gig. There was no big stage and monitors as in the later festivals, just a flat bed trailer for a stage and some hay bales. I have some pics somewhere.

Alamo Leal….Buick 6, one of the most amazing bands I’ve seen. They could go into any area and cover it with a incredible groove. Great players.