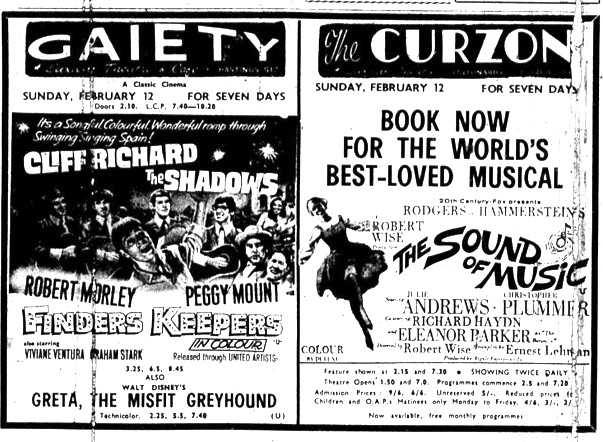 Judith Monk… I loved the Curzon.

Alan Esdaile… Interestingly The Sound Of Music was shown constantly in 1967 at The Curzon. 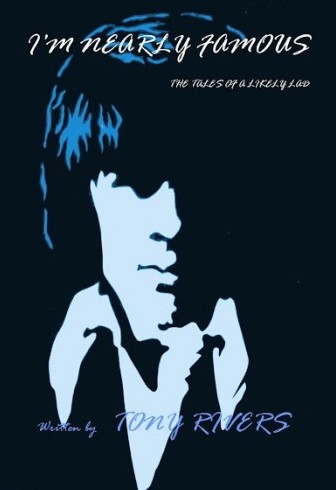 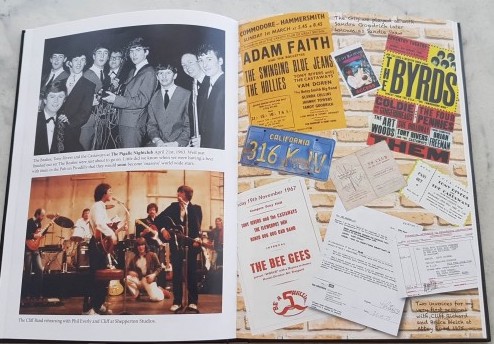 The man Cliff Richard called – “The Miracle Man of Harmonies”

Tony says… A large section of the book is focused on the crazy Cliff Richard era. We worked not only with Cliff, but many other artists from Elton and George Michael on Live Aid to making hits including a number One with Shaky, plus studio time with Pink Floyd, Year Of The Cat album with Al Stewart, Lulu, Linda Ronstadt, INXS, Steve Harley & Cockney Rebel, recorded two albums with The Shadows, another with Gerard Kenny, others were with The Royal Philharmonic Orchestra, The London Symphony Orchestra, Barbara Dixon, Sheena Easton (in Caribou Ranch Studio), toured the World several times, made the US top ten with Devil Woman, oh and I sang The Likely Lads TV Theme (and for a lad from Shildon, Co. Durham that’s great).

The book can be ordered from…

Robert Searle… Have this book Alan,a great read and very interesting. Tony has had a great musical career.

Catherine Ireland… Will get this

Supplied by Pete Fisher, sourced from Rockin’ at the 2i’s facebook page

Alan Esdaile… Did Cliff and The Shadows play Hastings twice, as the other date was the ABC Cinema 27th March 1963?

Trevor Spears… Yes Alan, I went to both!

David Edwards… The Ritz and theABC both one and the same

Val Shoesmith… Yes saw them there

Tony Bowles… Went to one them. Still remember silly joke – is it cruel to put pins in insects? Yes! Then why do they sew flies on trousers? supplied by Tony Davis – gig list including Hastings inside the cd. supplied by Colin Fox – Eastbourne Bands From 1960 on

W Welch… Jenner moved to Perth, Western Australia. He remained there playing with local band No City Limits. This was were he passed the last years of his life. A kind, sweet man.

John Storer….Does Sarah Harvey remember going to the Royal Albert Hall with St Helen’s Youth Club to see Cliff Richard? It must have been 1971, because I remember us listening to “Under My Wheels” and “Desperado” by Alice Cooper on a cassette player we had on the back of the coach

Sarah Harvey….hey John….I do indeed remember going to see Cliff Richard at The Albert Hall…we spent the day in London doing some shopping and then went to the Albert Hall in the evening….it was a Christian thingy and it was a bit un-rocky for my liking…lots of alleluiahs and praise the lords… the funny thing is that I had no idea that Cliff Richard was going to be there and performing. I can’t say he was the most exciting atrist I have ever seen. Thank goodness for Alice Cooper and ‘The Killer’ album… playing that on a cassette in the coach was a bit of a saviour that day (pun not intended)

Chris Meachen…….I  too remember that coach trip;- it was in the days when you could tell you’d got to London because the smell changed… Don’t remember an awful lot about what went on in the Albert Hall, though, apart from the ‘flying saucers’ up in the ceiling…

John Storer….I don’t think any of us would have gone had we known we were going to see Cliff LOL Arranged by Sister Raggett if memory serves – and now the memories of Sunday night church discussion groups coming back when we used to commandeer her record player and Kev Potter putting on Atomic Rooster’s “Death Walks Behind You” before we started discussing the meaning of life and other things. And Chris … yep! … I remember now the “flying saucers” as well 🙂