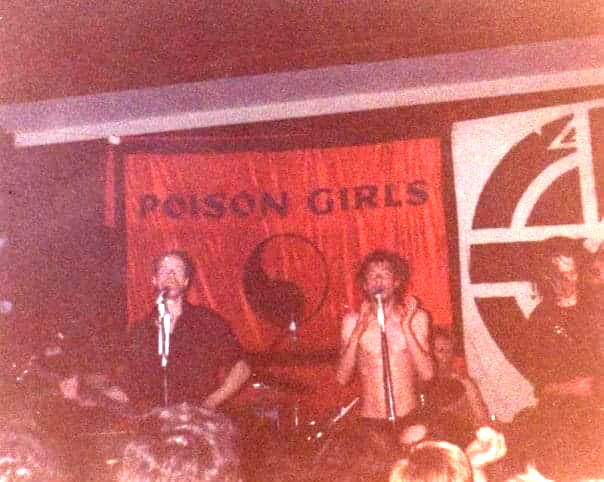 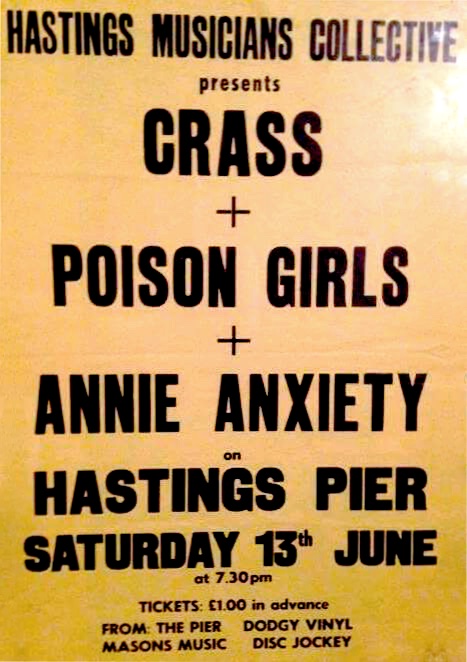 Tony Ham….Conflict also played that night.  It was a brilliant night, I’ll never forget it.

Tony Ham… I like that Conflict were obviously added after the tickets were made and someone has just written them in on this one, they weren’t mentioned on mine. Not a bad line up for £1. Thirty five years ago today, I feel old

Kev Towner… Can’t remember why I wasn’t in Hastings for this. Possibly at Uni. I’ll never live down missing this.

Martin Richter… I remember it well ;-

Lauren Gower… Still got my ticket

Alan Esdaile… Used to sell loads of Crass records. I think we got our stock from Rough Trade. We were part of The Chain With No Name and submitted sales figures for the indie chart. Mind you margins were poor for us, the records had pay no more than… printed on the sleeve. Some were around 76p retail if I remember and probably trade price was around 70p.

Tony Ham… To me mainly!  I’ve still got all my records, price and code stickers still on them too.

Claire Venner… Yep, me and my mates were there.

Sheida Kamkar… Oh yes was there with Claire Venner

Tony Ham… I’ve got it on CD

Tim Kerrell…I was there luv the CRASS

Martin Richter…  I was lucky enough to see them twice 🙂 Xtra! was a great anarchist rag – the paper for the armchair anarchist and F@CK was good fun too – those were the days Alan Esdaile… Not that clear print but you can see that in Stephen Turner’s column, The Ramones were set to play Hastings Pier.

Peter Fairless… Yes, Saturday, 28th May 1977. Whatever happened to that one?

Alan Esdaile… Got down for Mr Big playing that day. Ramones ended up playing Slough.

Peter Fairless… Which, let’s face it, is a big loss on their part!

Andy Gunton… Damn! That would have been another great gig to add to the existing list. Oh well….

Martyn Baker… Hmm. Saw the Mr Big gig. They were OKish I thought at the time. The Ramones seemed to do OK too! 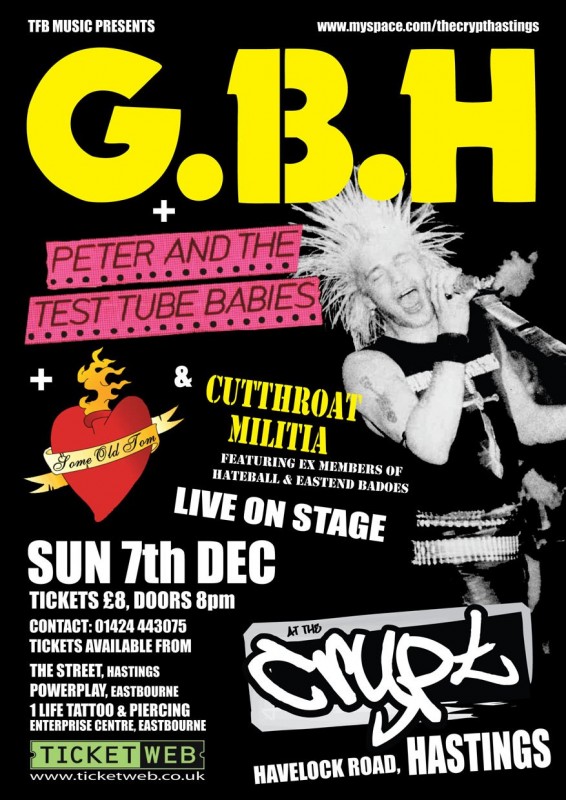 Stuart Huggett… “I have thought of bringing bands down to play, people like The Fall, The Pop Group and Throbbing Gristle.”

Keith Rodway… I’d forgotten all about this! RIP Dave George.

Tony Ham… I’ve got the Good Missionaries Deranged In Hastings single, bought it from Mason’s Music.

Alan Esdaile… Looks like its worth around £20 now Tony.

Tony Ham… I was just about to say, I just looked it up on Discogs, think I paid about 20p.