Caz Simpson… Oh wow! That brings back so many memories!

Caz Simpson… Does anyone remember George? The lovely guy who always ate the raw eggs

John Wilde… George was never afraid to get out on the floor and be the first to dance.

Mick Knights… He also walked from Bexhill and back every evening!

Andre Martin…. Steve [ with the shades] taken at the Black Umbrella Promotions Day for PYE records at Shepperton Studio – mid 1970s, he is standing next to the handsome hairy one – ME !!

Pete Pursglove… ha ha remember him well ,good show he used to do 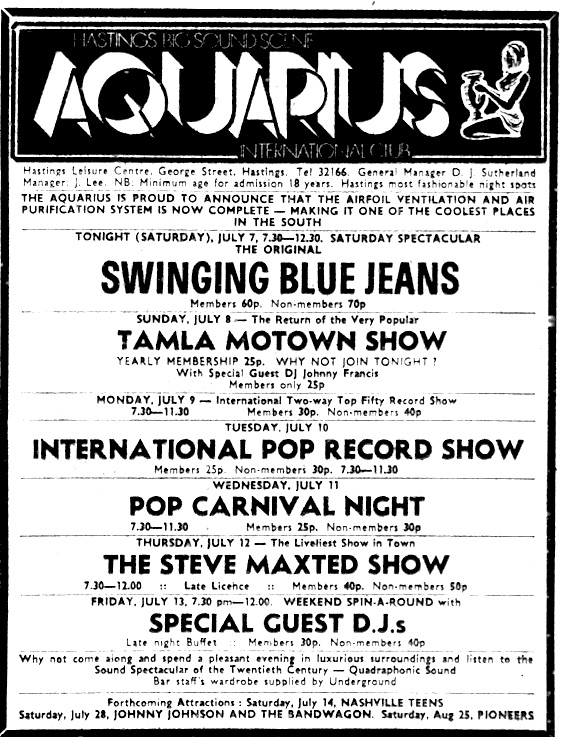 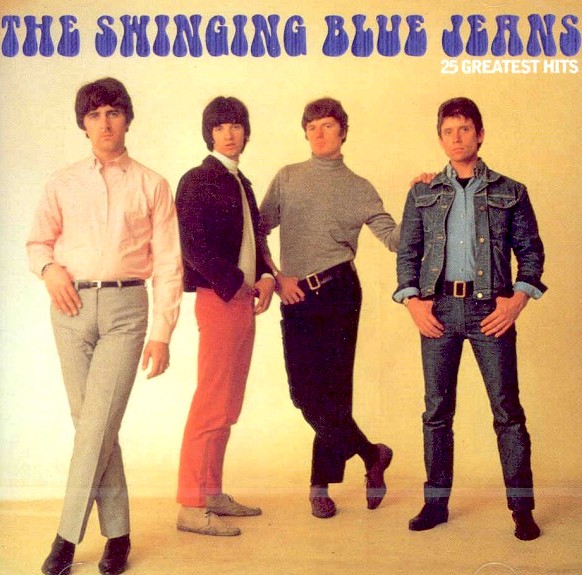 Andy Qunta….I remember going to this one. Was a big Edgar Broughton fan back then. Loved their Wasa Wasa album.

Alan Esdaile …..I’m pretty sure I went to this and think I saw Edgar Broughton Band 3 times on the pier. I don’t remember Sarah Gordan’s House of Bondage but I expect I was tied to the bar when they were on.

Mick Knights….The question is, should they have allowed the demons in, in the first place!

Alan Esdaile…. out demons out

Henry Mann…..Never saw them but once had a round of golf with Steve Broughton and Tom Newman.

Mark Sims…..Out Demons Out. That was one of Edgar Broughton’s song as I remember.

Mick O’Dowd……Who or what was Sarah Gordon’s House of Bondage? Sounds intriguing!

Geoff Peckham… I was certainly there. I seem to remember Edgar Broughton turned up late (takes some doing for an all niter, doesn’t it!). He explained that when they were crossing the Thames they saw someone threatening to jump off the bridge, so he stopped and managed to persuade him not to…I’m sure that’s what he said! Thanks, Alan. So I must have seen Blonde on Blonde there then.

Andy Qunta… I kind of remember he was late, but I don’t remember the story of why! Wow! Hard to argue with an excuse like that! Much better than the usual “dog ate my homework” stuff!

Steve Maxted… good to be reminded of those great all nighters that I was DJ at, thanks Alan.

Kev Potts… Steve Maxted was the best DJ. Hi Steve i am 65 now i remember when i was about 18 at the Aquarius night club Thursday Nights good old days. Beer drinking, eggs with the shell on and those bloody thunder flashes.

Tony Court-holmes… i was there 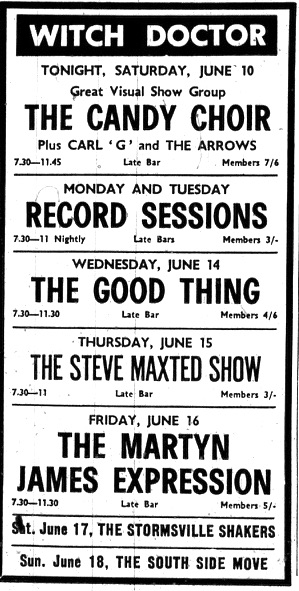 Mick O’Dowd… I liked this band alot. Did they morph into someone more famous? 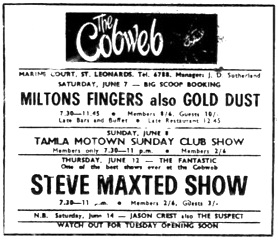 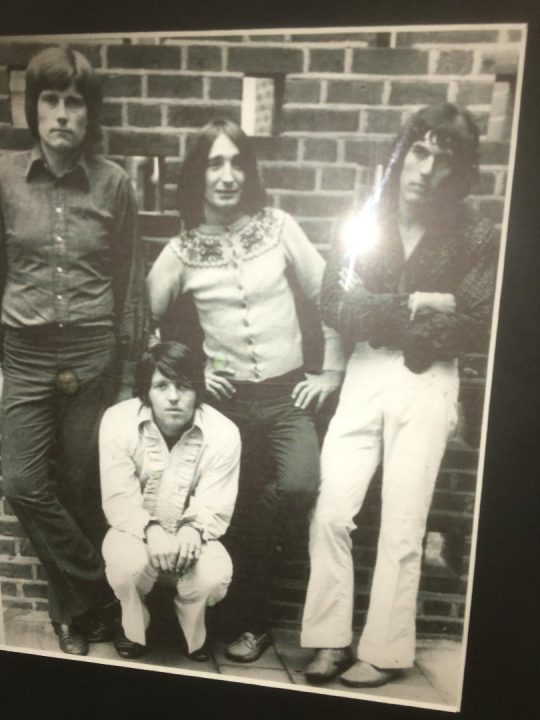 Judy Atkinson… I remember going to see Steve Maxted at the Aquarius club in George St, Thursday nights in the 70s 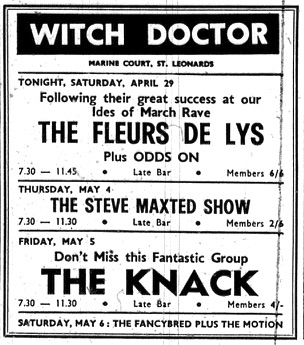 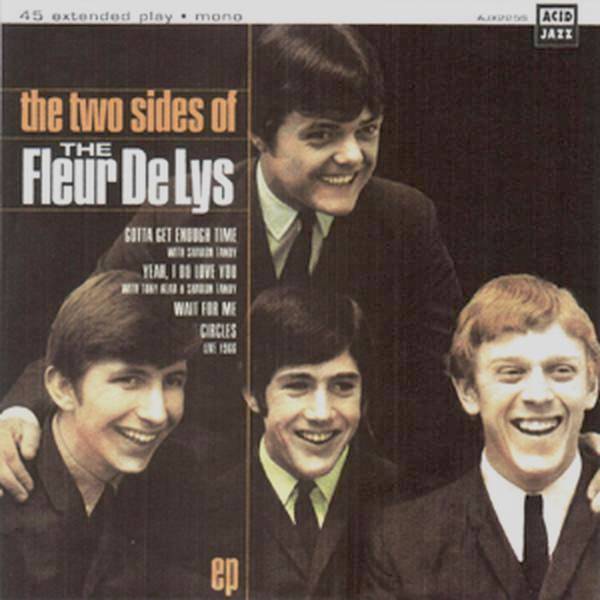 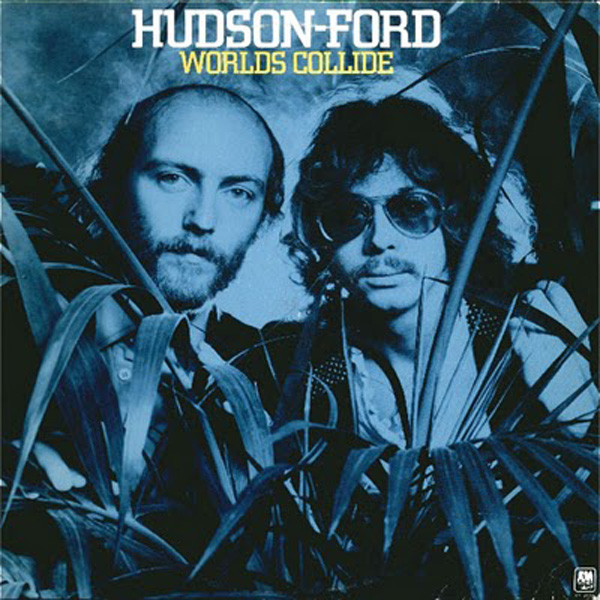 Lloyd Johnson… Johnny Ford was in a band with Kenny Comfort and Melvyn Grant for a very brief time in 1966…I got them together with Dave Dufort on drums and arranged an audition with Dick James but we had limited equipment and they did the audition but everything was feeding back so it didn’t come to anything. Johnny wrote a dozen songs in 3 weeks….Dave Dufort had just left Paper Blitz Tissue a Psychedelic band …Dave’s Mum & Dad were my landlord at the time …Hudson Ford were customers and use to wear the POPART jackets I was making at the time….I just noticed The Small Brothers were support is that the band Chris Thompson was in?….great R&B band with good harmonica player. Chris is a friend and a neighbour….

Steve Maxted… My Old Penny Arcade at the Rye Heritage. Used to be bigger upstairs but still looks nice